February 2, 2002
This tree line is the swale (aka the ditch) which runs north to south through the middle of the Big Woods Unit. The old Ditch Crossing is at the right edge just south of the large oak tree. (This tree finally died of oak wilt in the summer of 2012.) Photo looks to the east from East Knob. 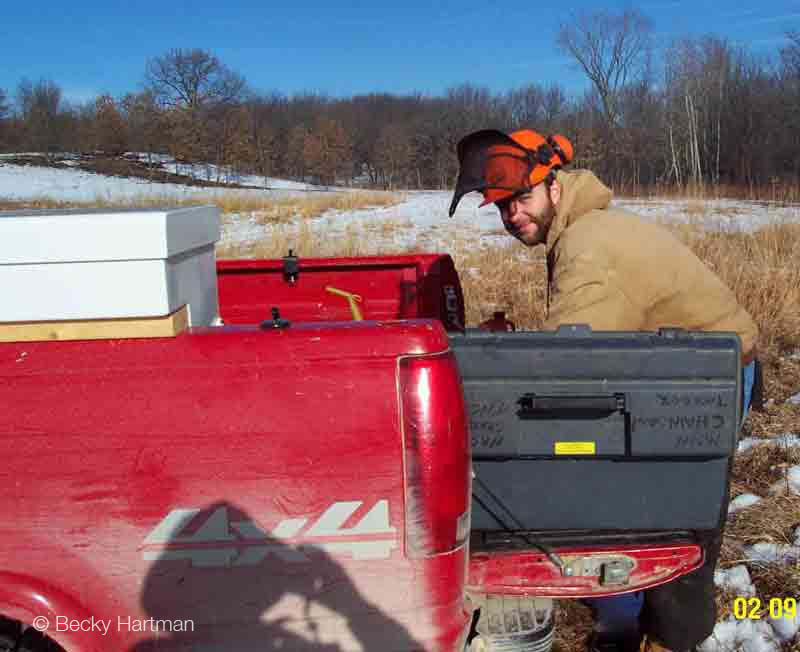 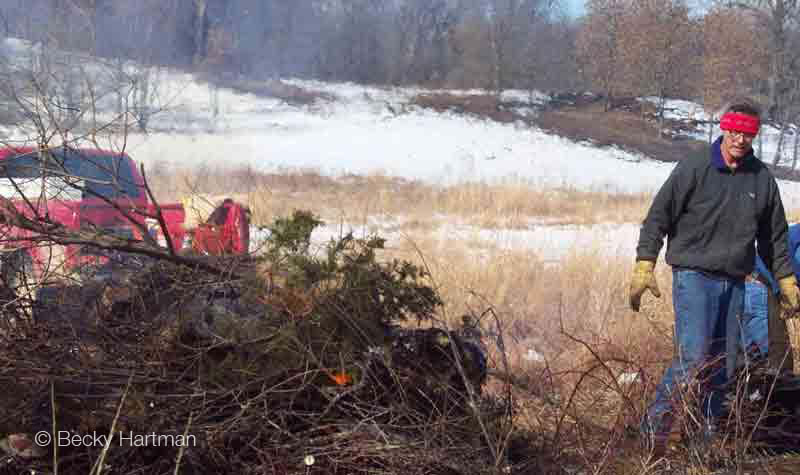 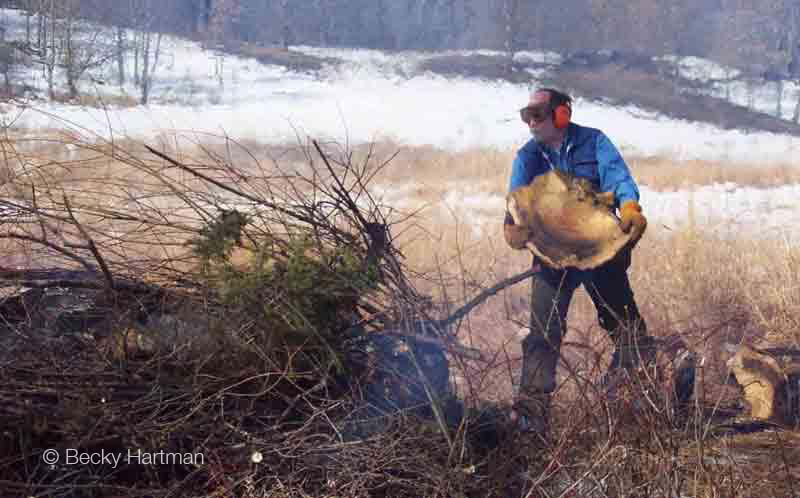 February 2002 - Gene St Louis
Much of the Ditch was cleared out on the first Big Woods Workday held jointly with the Dot/Doug Unit and Gene St Louis.
Burn piles #6 and #7 were created during that workday.​

February 9, 2002
Cedar tree at left of photo is large cedar in the middle of the first photo. Photo looks to the west at East Knob (before any cleanup) and at North Knob which is on right side of photo. This date and time was early morning on the first Big Woods workday.

December 17, 2009
Subsequent panorama photos of South Knob and North Knob. Only one tree remaining in the Ditch from 2002. It has since fallen down.

April 13, 2011
Norris is dead but still standing on the north end of North Knob.

February 17, 2012
Two more dead trees have fallen down since this photo was taken. We can’t remove them without damaging surrounding important prairie forbs. Anyhow, they didn’t fall down until after we became really busy spraying birdsfoot trefoil. The ditch is now lined with nice sedges.
​Back to Big Woods Table of Contents