What role has karst terrane played in the establishment and expansion of Nachusa Grasslands? Arguably a major one. Some might even say it is the most significant factor. Others would argue that the presence of the Upland Sandpiper inspired conservationists' interest in the site.

Actually, both are partially correct. The Upland Sandpiper is an inhabitant of native prairies, and northern Illinois is part of its summer breeding range. Nachusa Grasslands exists, in part, because bird enthusiasts Dot and Doug Wade were out for a drive in the country sometime in the 1970s and heard the call of an Upland Sandpiper (photo, description, habitat map, and voice recording).

The Wades knew that the Upland Sandpiper preferred open prairies and discovered that the sandy knolls being used for cattle grazing were covered with prairie plants. They soon became aware of just how diverse the landscape was. 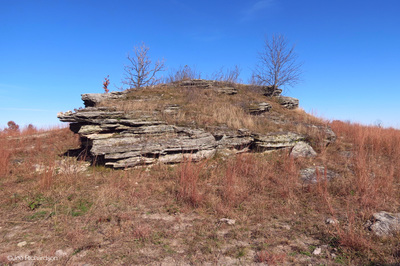 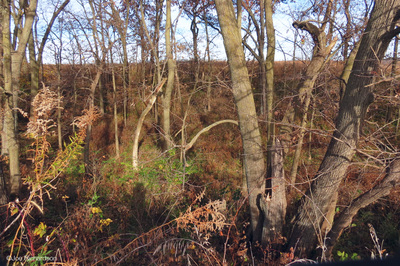 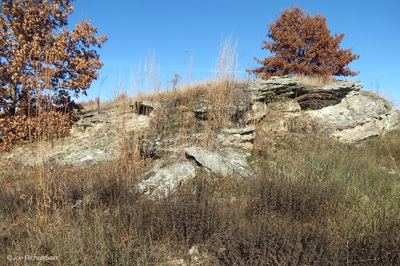 What they found in what is now Nachusa Grasslands was typical karst terrane: sandstone outcrops, seeps and springs, sedge meadows, fens, oak savannas, and sinkholes. And this is the reason the land was pasture and not plowed fields, suitable for neither crops nor buildings. 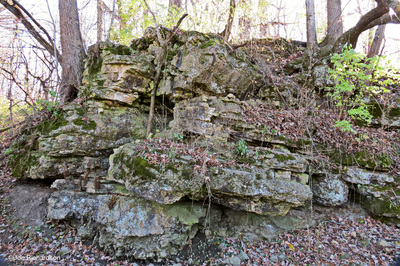 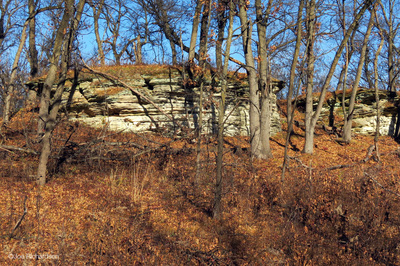 Hence, the Wades, along with Tim Keller, spent the next decade promoting preservation of this unique ecosystem, as they worked to convince farmers to fence off the knobs to prevent further degradation of the prairie remnants.